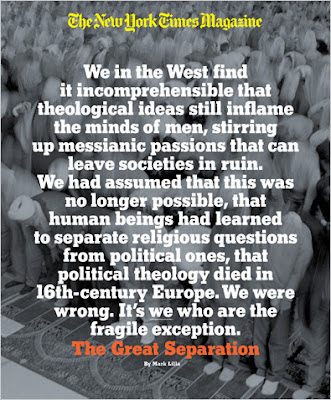 Posted by cactus petunia at 4:43 PM No comments:

maybe atlas just shrugged, but it's not that easy for me... 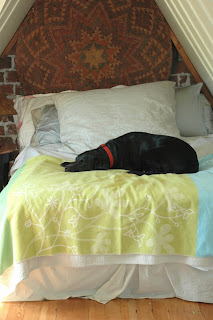 Too many sleepless nights lately. This difficulty in turning off my brain, or at least lowering the volume a bit, is a getting to be a little disturbing. My body feels like it's gearing up for something, needing to be alert and watchful 24/7. Who knows? Maybe it's just hormonal, or maybe it could be some kind of instinctive warning signal, like animals going nuts just before an earthquake. To say I can feel it in my bones is an understatement. (And it's not like I'm hearing voices or anything, it's just getting a little hard to ignore the fact that the world seems kind of out of control lately) I used to have this recurring nightmare about a nuclear disaster...probably a by-product of being a kid during the Cuban missile crisis and the Cold War. Haven't had that one in awhile, but there are just so many other dark possibilities to choose from! I guess it's time to update the emergency supplies and make sure that base is covered.

I just don't understand why we (humans, that is) have gotten to this point. Is it just greed? That seems to be the one underlying theme to most of the grabs for power and control. Control of resources, control of people, control of governments, control of religion, (my God's better than your God! nyah nyah! God bless America! ) I don't know about you, but I'm getting kinda sick of the whole thing. Coming from a strictly Catholic point of view, whatever happened to "Thou shalt not kill"? or "Thou shalt not bear false witness against thy neighbor"? or even "Thou shalt not covet thy neighbor's stuff"? (Not a commandment, but don't forget "Love thy neighbor as thyself"?) Maybe we shoulda left that ten commandments monument in the Alabama courthouse. I mean, seriously: so what if it's of religious origin? They do make pretty good sense, (okay, maybe the last five make more sense than the first five...) but maybe common sense just isn't so common anymore....
Posted by cactus petunia at 2:32 PM No comments: 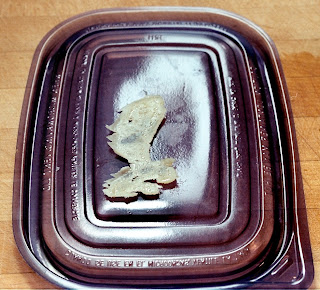 cheese slice posing as a frenchman in a beret...
Why do I see this stuff?!
Posted by cactus petunia at 3:09 PM No comments: 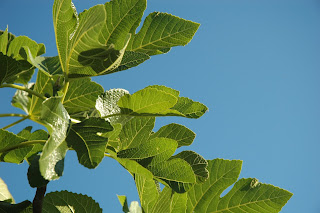 I can't believe it's August already. Yesterday I harvested our first ripe tomato, and this morning when I got up the air felt all crisp, like the planet decided to cut vacation short this year, and to just move on directly from July to October.
It's simply not fair to us procrastinators. Just when I decide the garden needs more flowers, it's too late to get anything other than fall chrysanthemums and any day now, daffodil and tulip bulbs. Boy, all I can say is, I'm glad I'm not a little kid anymore...The back to school sales started about two weeks ago, and that's depressing even for grownups. Before you know it, there'll be huge crates of pumpkins outside of the supermarkets, and the christmas decor will be half price inside! 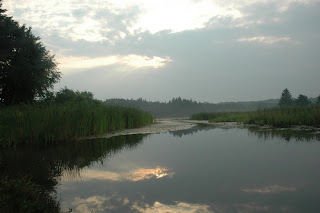 I really don't have any reason to complain... I've had lots of time off this summer and got to do some fun stuff. We took a trip to upstate NY and Cleveland, Ohio courtesy of Dave's sister, and enjoyed catching up with family and friends. I got up early enough one day to go out and take some pictures with my new brother in law and got one or two nice landscapes...here's one I took at Menden Ponds in Rochester. Early morning light rocks! (That is, light in the early morning hours...not light rock early in the morning. There is a difference.) One afternoon we had a picnic on Lake Ontario. The beach was closed to swimmers, although the water smelled so bad, I doubt anyone would be tempted to stick a toe in, much less immerse themselves in it. I immediately missed Oregon, where even the Willamette River, notorious Superfund site that it is, still smells okay. (To be fair, though, the first time I got a whiff of the paper mills across the Columbia in Washington, I thought Portland must be in the middle of a garbage strike.) I'd also forgotten how old everything is back there on the East Coast. Both Rochester and Cleveland are trying very hard to come back from the recessions of the 80's and 90's. Lots of abandoned storefronts and crumbling infrastructure. People in Rochester don't seem to walk around town much, or commute by bike like they do here. For one thing, there don't seem to be many sidewalks, and I didn't see a single bike lane the whole time we were there. We did take a walk along the Erie Canal, and shared the trail with lots of bikers and walkers. You can even rent barges and float down the canal, like they do in Europe. Rochester seems to have lots of county parks and wildlife areas close to town, which was nice. In Cleveland, we got to go to an Indian's game at Jacob's Field. What a cool ballpark! Right in the middle of downtown, it's a pretty intimate park, a few blocks from Lake Erie. (Which didn't stink) Tom and Rose got us great seats down the first base line. I had no idea Rose was such a big baseball fan. She was yelling and cheering Kenny Lofton, her favorite player, and brought her team jersey for good luck- but alas, they lost. We had a good time anyway: We ate peanuts, hotdogs and crackerjacks-the total ballpark experience. Dave and I have had this fantasy vacation dream for a long time: travel around the country and hit as many major league ballparks as possible. I guess we'll just have to do it one or two at a time. Maybe if we win the lottery, we'll go after we've spent a month or so in Hawaii...
Posted by cactus petunia at 4:14 PM No comments: