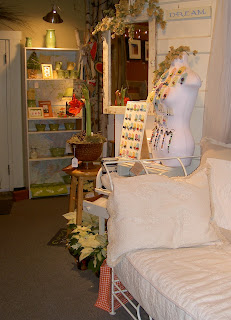 The Camp Cactus holiday sale is a Portland tradition now in its 14th year. Set up like a small shop/gallery, this cozy studio in the Hollywood district gathers artists and artisans together to sell their work on consignment, and has become a yearly venue for many artists. In past years, artists have offered paintings, ceramics, mixed media, mosaics, fused glass, photography, furniture, and jewelry, as well as handmade items for the home and garden.
Both experienced and emerging artists are encouraged to apply for this juried event.

REQUIREMENTS: All art must be original works, handmade or decorated by the artist. Use of recycled/repurposed materials is encouraged, but not essential.

FEE: 25% commission on all sales

this blog is movin'!

Ok, so here's the deal: I'm moving "Buenos Burritos" to a new address, because I want this address to post news and photos of my studio events and new work. So this blog has been renamed Camp Cactus, in the hopes that it will make more sense that way...Does it?
Must have more coffee...

Anyway, in case you forget this most important fact, there's a link to it on the right.
Posted by cactus petunia at 10:20 AM No comments: 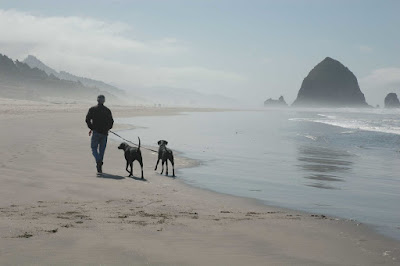 We just got back from a swell little trip to the coast...ostensibly for our anniversary (32 years! Are we really that old?!), but it was also a good excuse to take the pups to see the ocean for the first time. After checking out our room (overlooking Mo's seafood joint, and just beyond it, the ocean) we went down and turned 'em loose on the unsuspecting beachcombers below. Fortunately, they didn't run over anyone, but we learned an important lesson: it's useless to shout into the wind for your (mostly) disobedient dogs to "COME!" They usually act like they're deaf anyway, but still, it's better to be downwind of them so they can at least get your scent when they've run toooo far away, and conveniently forgotten to look back. 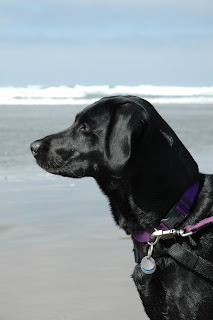 Loving nothing better than to run flat out at a dead gallop, Abbie takes off for the far horizon, with Cooper right behind her all the way. She's the adventurous one of the pair. It's not like they've ever run off and not come back. I had a dog like that once: my first dog, named Snowball...he wanted nothing more than to get as far away as possible. It just occurred to me that maybe he didn't think he had the idyllic life we envisioned he had. Anyway, these two crazy twins don't seem to want to escape so much as just get out some excess energy and maybe find something disgusting to eat or roll in while they're at it. 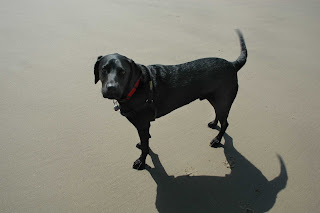 We finally figured out that if we let one off leash at a time, they don't tend to run as far. (it's not as much fun when your partner in crime can't follow you) When they're together, it's like they share one brain. (OK, they're mostly Lab, so half a brain is actually more like it) So, after a bit of chasing them up and down the beach, we were all pretty tuckered out and made an early night of it. 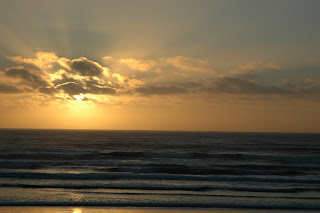 All in all, I think walking your dogs on the beach with your soul mate is way more fun than candles and expensive restaurants...just ask Abbie and Cooper.
Posted by cactus petunia at 7:12 PM No comments: